The Mylek Tower Fan - Should You Get It?

For people who are looking for a stylish modern tower fan that doesn't break the bank, this Mylek black tower fan could be a great choice. Not only is the tower fan attractive, but its power and speed are great for cooling and its height is suitable for cooling wider spaces as well as small ones.

So to see if this Mylek tower fan is right for you, we have reviewed its most important features down below and gone over its pros and cons to determine if this fan is the best model for cooling you down this summer.

From an eco-friendly power system to variable speed modes, this affordable Mylek tower fan boasts a great range of features and functionality to use when operating this tower fan.

We have reviewed the main ones below and discussed the advantages and disadvantages of each one.

First off, let's start with the Mylek tower fans power, the device comes with a 60W power consumption and uses three variable speeds for airflow, it additionally has an oscillation function to rotate the fan, but can also be used stationary if wished. When functioning the fan you can also pair it with its ionizer function which helps to purify the air by releasing negative ions into the air to weigh bad particles down and prevent them from being inhaled.

We are overall impressed by the power this affordable Mylek tower fan has for its price, the model is not costly to run and still has some great power settings, including its extra ionizing function which is great for people with allergies.

However, the power is reported by some users to be weak for larger spaces, it also has a lack of speed options and breeze modes.

In terms of adjustability, the tower fan has 12 timer settings to choose from depending on when you want your tower fan to operate and turn off during the day. It also has an easy to use onboard control panel and remote control if you want to adjust settings from a distance. The tower fan further has night modes for turning off the display.

The timer function included with this Mylek model is very generous and the whole device is very easy to operate thanks to its remote control and panel, the night mode however is said to turn the LED screen back on brightly once it expires.

For design, the Mylek tower fan comes in a tall sleek black design and has a low noise system as well as an LED display to view settings on. Its bladeless design is also freestanding and weighs around 5.6kg.

This models design is standard for its price and has a useful simple to use LED display, however, the design is quite heavy which makes the tower fan much less portable, the design is also said to be quite unattractive by some users.

The Mylek tower fan has a huge range of advantages and great features however it equally has its disadvantages too, we have summarised the pros and cons of this tower fan below.

Pros Of The Mylek Tower Fan

Highlights of the Mylek tower fan are its low price, ionizer function and timer functions, this tower fan additionally has an easy to operate control system which can be adjusted via its touch buttons or remote control from a distance. We also like the height of this model which helps with wider airflow.

The design of this Mylek tower fan is also very safe to use around children thanks to its bladeless system. 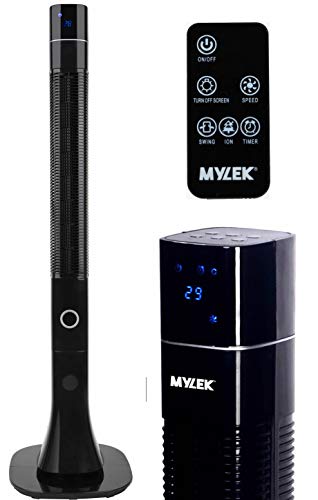 Check on AmazonCheck on Ebay

Cons Of The Mylek Tower Fan

When it comes to cons, this Mylek tower fan does have its drawbacks, for example, the device is very heavy which makes it harder to move from room to room, its sleep timer also reverts the display to full brightness when it expires which can be disturbing. Some users have also said the fan has a weak airflow so it might not be the best option to use in wider spaces.

Check on AmazonCheck on Ebay

Should I Buy The Mylek Quiet Cooling Tower Fan?

Overall, we would recommend buying the Mylek quiet cooling tower fan if you are on a budget and want a tower fan that has good cooling modes for a medium-sized room as well as an air purifier function to clean the air. We would avoid this tower fan however if you want a portable model that you can move from room to room due to its heavyweight. 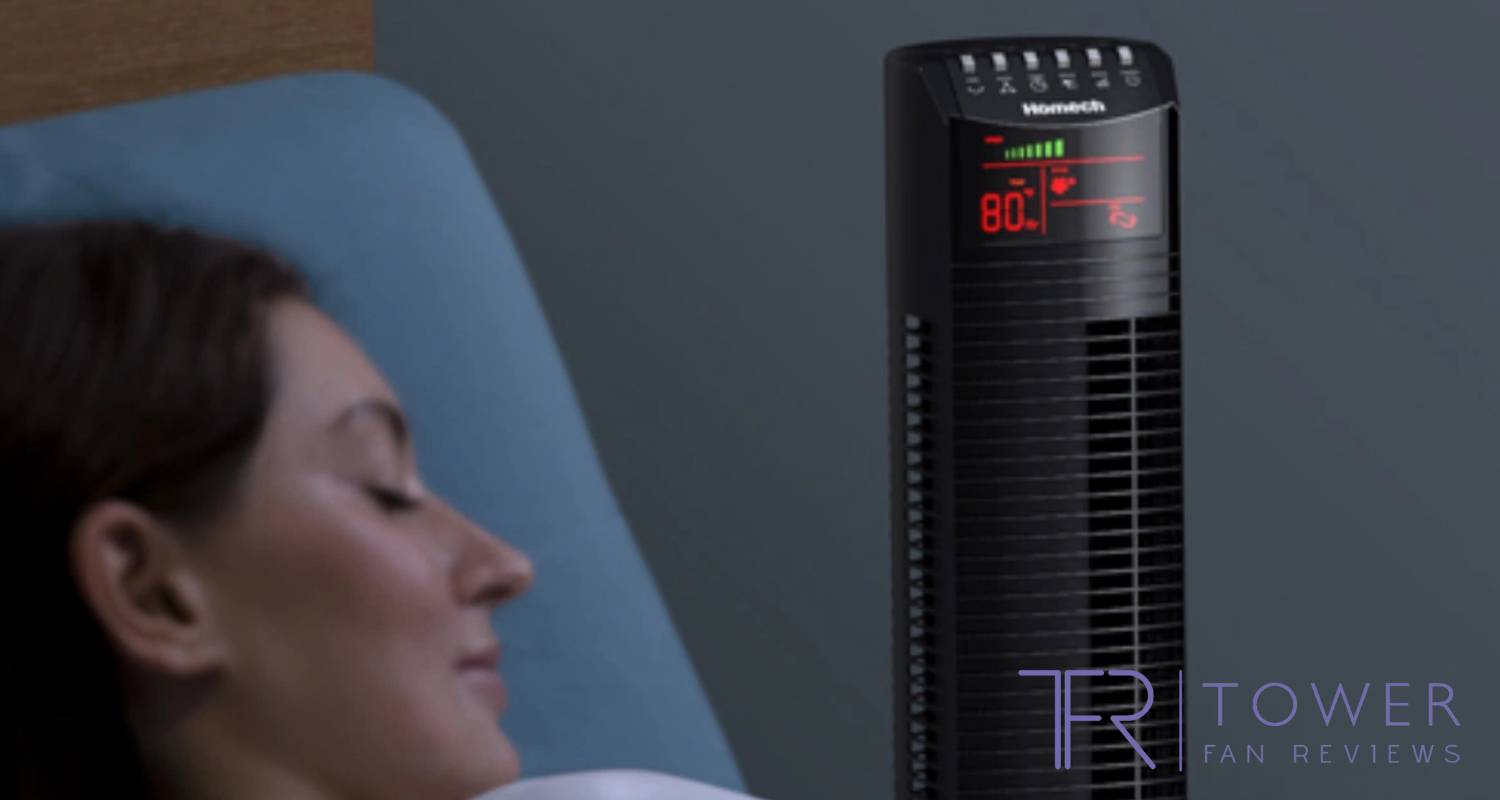