The Electriq Bladeless Tower Fan - Should You Get It?

For people who have kids and pets, you want to ensure that you choose a bladeless tower fan design that is safe to use, this Electriq model in particular is perfect to use around kids thanks to its small sturdy design with no blades and quiet operation which does not cause too much background noise. 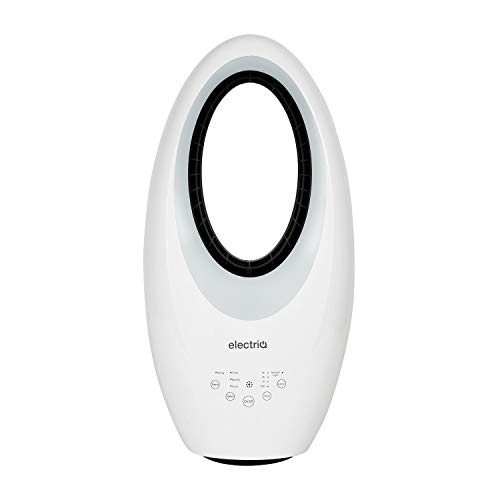 However, there are lots of different bladeless tower fans on the market to choose from, so to see if this Electriq model is right for you, we have reviewed it in more detail below and rounded up its main pros and cons.

Let's get into it!

The Electriq bladeless fan is a very modern tower fan that comes with a huge variety of features such as different LED lighting and one-touch operation, we have reviewed these features in better detail below. 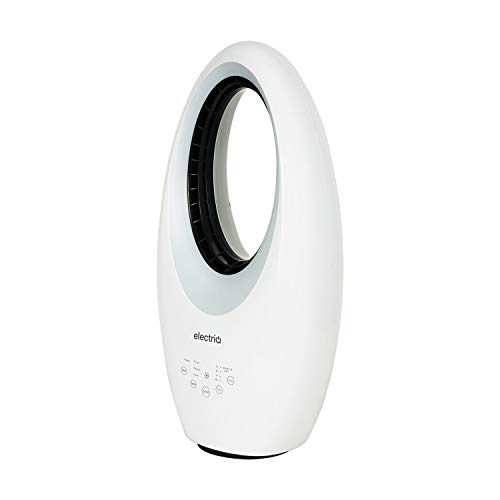 First off, let's start with the power of this bladeless tower fan. The fan features a maximum fan speed of 1200r/min and gives an air volume of 50m3/hr. The model also has six different speed settings to choose from which can control the breeze too and its blades oscillate for better airflow. 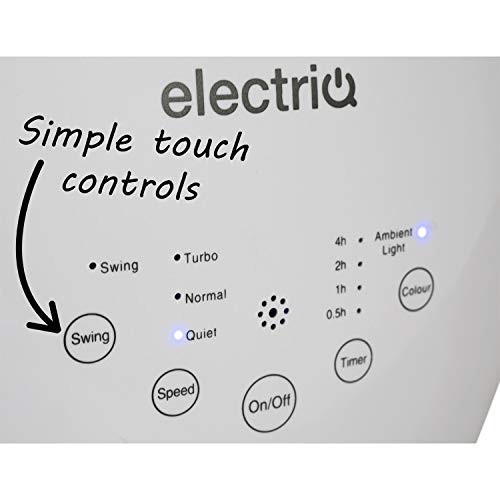 This bladeless tower fan overall comes with a sufficient amount of power to cool an average-sized room and has a great range of speed settings for optimal control over your fan. 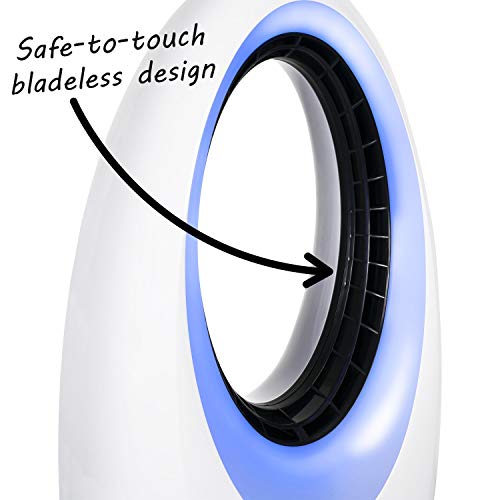 Some users however have reported the fan to have a weak airflow, especially when used on the lowest setting, meaning you have to choose power settings with higher noise to compromise.

You can adjust this Electriq tower fan via its remote control from a distance and the fan has a timer ranging from 30 minutes to 7.5 hours so as you can set your fan to turn on at different times of the day. To change settings without the remote you can use the one-touch panel on your fans body, you can also change the LED lighting on your model via the device. 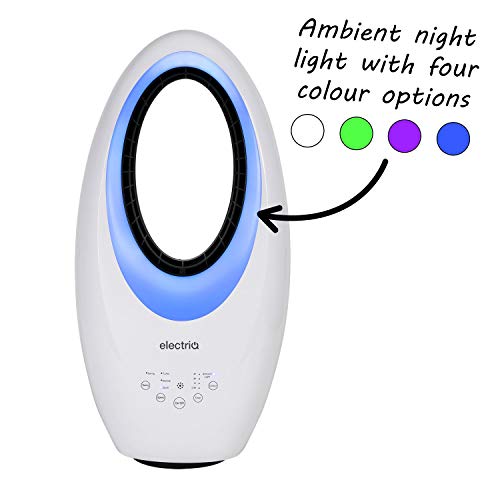 Overall, this bladeless fan is very simple to adjust and control with clear buttons and a great timer range, it's remote control also lets you adjust the fan from a distance, the only downfall of the adjustability on this fan is that you cannot dim the ambient lighting, making the device harder to use at night when sleeping. 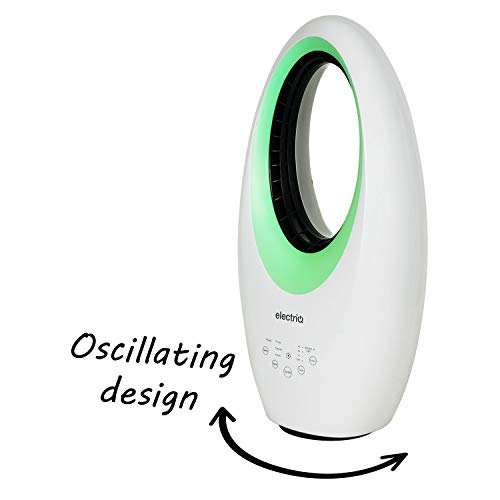 Design-wise the Electriq bladeless tower fan is very modern and safe to use around children, it is freestanding and comes in the colour white along with LED lighting which changes according to speeds. The total weight of the fan is around 2.9kg and it has a cable length of 1.7m. 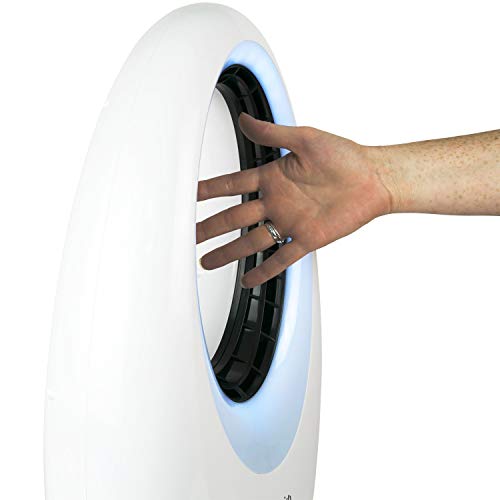 The tower fan has a very attractive design which is portable and does not take up too much space in a room, it's LED lighting makes the fan very ambient too, the design could include more safety features however such as tip-over protection and overheat protection, its lighting is also difficult to turn off.

Now we have reviewed some of the most important features of the Electriq bladeless tower fan, we will round up the pros and cons of this device below so as you can decide if this tower fan is worth the purchase.

Pros Of The Electriq Tower Fan

Main positives of this Electriq tower fan are its modern design and high power speed which has a great range of settings, the model also has an excellent timer function and is very portable thanks to its compact size and lightweight, meaning you can move the fan from to room without trouble. We also like the fans remote control and easy to use control panel. 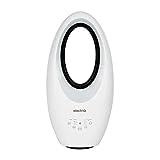 Cons Of The Electriq Tower Fan

Despite all the positives of this Electriq tower fan, it does have its downfalls. For example, the fan is said to be very noisy despite it having a low noise rating, the LED lights are also said to cause disturbance as they can't be turned off during the night. The airflow of the model is further reported to be weak.

Should I Buy The Electriq Tower Bladeless Fan?

To conclude, we recommend buying this Electriq bladeless tower fan if you are looking for a fan which is modern that you can use around pets and children, it has great power and a fair range of speed settings for its affordable price too.

We do not suggest buying this tower fan however if you want a fan that is quiet and has a great range of functions as this model is a little limited.