The Vornado Tower Fan - Should You Get It?

The Vornado tower fan is a mid-priced model which features a freestanding design that comes with 70W of power for effective air circulation to cool down your room.

Compared to other tower fans, this model also has a sleek design with an 84cm height for maximum movement of air. 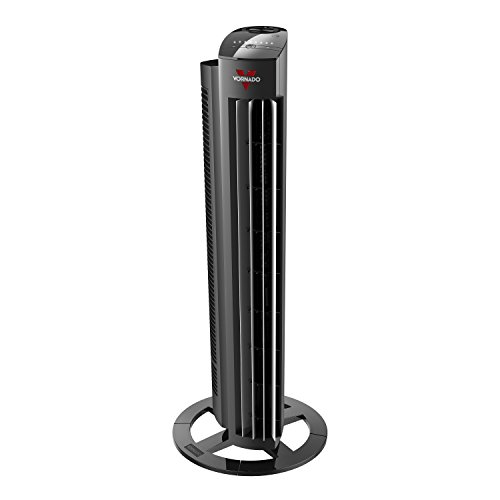 To see whether or not this Vornado tower is right for you, we have reviewed the fan in more detail below and listed out its pros and cons so as you can make the best purchasing decision.

This German tower fan, unlike typical tower fans, does not operate like an oscillating tower fan that needs to turn, the model instead uses its special air movement technology called Versa-Flow TM for substantial air flow in all areas of a room.

So as we can see what else this Vornado model has to offer, we will review its specific features down below.

As we touched on above, this Vornado tower fan comes with a 70W power which can generate a constant airflow of up to 21m in range, the substantial airflow comes from its V-Flow circulation technology without the need for oscillation and can be adjusted in five different speed settings. 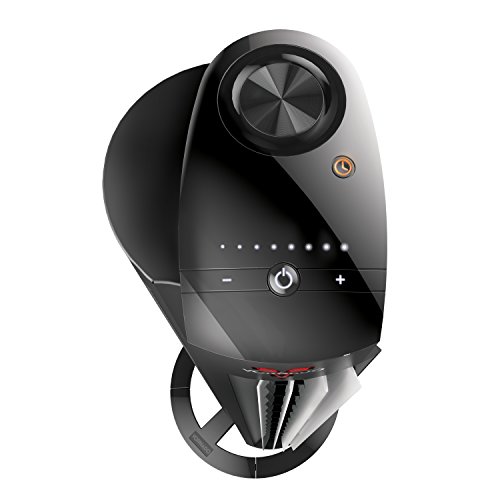 All these settings can be powered via the Vornado tower fan remote control from a distance.

The rating of the V-Flow circulation from this device is around 480m3/h.

For its mid-range price, this model has impressive air circulation and speed settings, giving you more control about how much power you need from your fan, without the need for a noisy motor like a typical oscillating fan.

The power from this Vornado tower would be enough for a medium-sized room.

Although it is possible to find due to the lack of oscillation the tower circulator provides, you might struggle to feel airflow in all areas of a room.

In terms of adjustability, the Vornado tower fan has an 8-hour timer which allows you to pick and select intervals for when your tower fan turns on and off during the day without having to manually interfere. 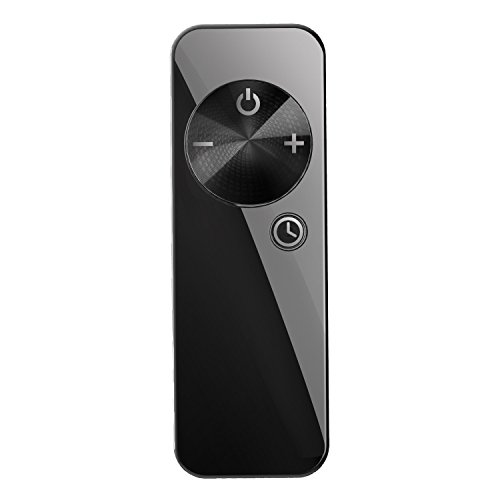 It also has a simple touch panel operation with its remote control.

Overall, this model adjustability is standard for its price, with a good range of timer options and easy to use controls, allowing you to use the speed buttons with one-touch to control the tower circulator.

Compared to other tower circulator models, however, some may find the timer to be limited, but other than that, the overall control is very easy to function.

Design-wise, this Vornado tower comes with an 84cm height and is made from break-proof polystyrene, the tall design is made to save space and weighs around a total of 3.8kg. 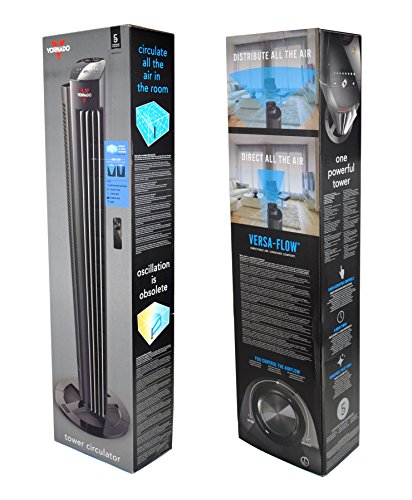 The model has a 180cm cable and a solid base to prevent the tower circulator from vibrating too much during use or tipping over. The noise level rating of the fan is 53dB and has ultra-quiet operation thanks to its quiet motor which does not oscillate.

The design features of this Vornado tower fan are some of the best on the market, not only does the fan look great but it is very reliable and sturdy to use, its height is also great to ensure its vortex airflow reaches all areas in a room.

Some users have said the design still makes noise however due to the position of the valve on the fan when adjusting, others have also said the packaging that the fan comes in is not of great quality, so it's important to ensure this model has a warranty upon purchase.

Pros & Cons Of The Vornado Tower Fan - Is It Worth It?

Even though this Vornado tower fan does have a lot of advantages with its features, the model still does have a few drawbacks to consider before investing in the device.

To make your decision clearer about whether or not this tower fan is right for you, we have summarised its pros and cons below to help you out.

Pros Of The Vornado Tower Fan

The main advantages to the Vornado tower fan have to be its quiet design which does not require oscillation, making the fan less disturbing to use at night. It also has a great vortex airflow power and lots of speed RPM settings to choose from.

We are very impressed with the design of the fan too because of its sleek durable exterior and lightweight, allowing the tower fan to be moved from room to room easily. 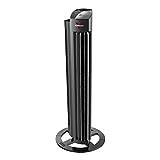 Cons Of The Vornado Tower Fan

Even though this tower fan is a great option if you are after a circulator tower fan with quiet operation and a good-looking design, it does have several cons.

For example, the model has no wind or breeze settings unlike other models on the market, it also lacks any air purifying filters and might not cool rooms as effectively as it would if it oscillated. Considering the fans price, some features it does come with are limited too such as the timer range.

Should I Buy The Vornado Tower Fan?

To conclude, if you are after a not too expensive tower fan to cool you down during the summer days which is reliable, good-looking and easy to use, then we would say buy this Vornado tower fan.

However, if your after a model which comes with extra features such as purification and you want to feel airflow in all corners of your room, then choosing a tower fan with oscillation and a filter might be the better option.

FAQs About The Vornado Tower Fan

How much does the Vornado Tower Fan Cost?

The Vornado tower fan costs between a range of £140 - £200 at the moment depending on where you get it from.

In what way does the circulator tower fan work without oscillation?

Instead of an oscillating function, this circulator tower fan uses its vortex airflow to cool a room, unlike an oscillating tower fan which has a turning motor. This also makes the Vornado model quieter.

Is this Vornado tower fan easy to clean?

Yes, the Vornado tower fan is very easy to clean thanks to its removable grill which allows you to have access to the inner parts of the fan and remove dust and debris with ease.